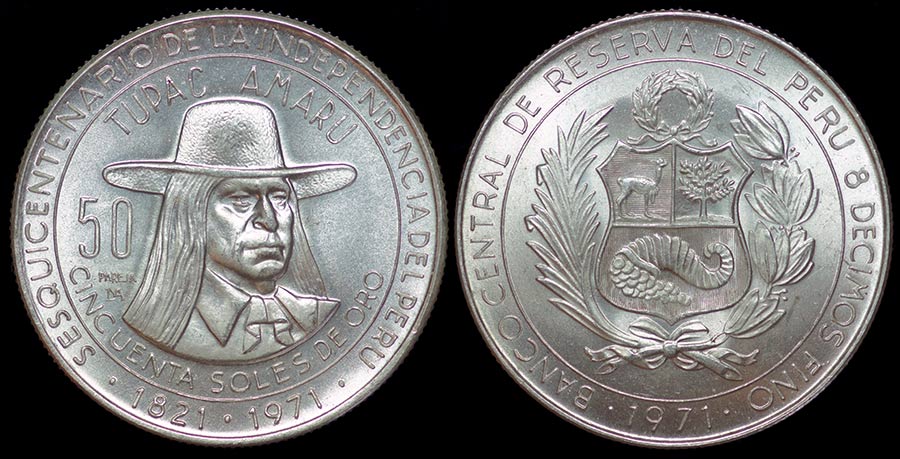 150th Anniversary of the Independence of Peru – Tupac Amaru II

This month’s coin celebrates Peru, the important history of Túpac Amaru II, and an award winning article by Alan Luedeking found in a previous issue of NI’s “Bulletin.”

José Gabriel Túpac Amaru (March 19, 1742 – May 18, 1781) — known as Túpac Amaru II — was a leader of an indigenous uprising in 1780 against the Spanish in Peru. Although unsuccessful, he later became a mythical figure in the Peruvian struggle for independence and indigenous rights movement and an inspiration to myriad causes in Peru. Be sure to read the excellent NIB article here.