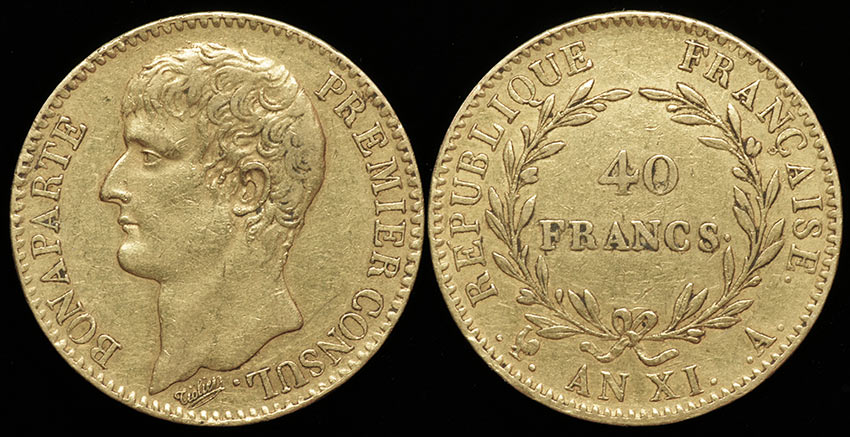 The era of Napoleon I, following the French Revolution, used three date formats. The FIRST YEAR issue used the Revolutionary dating system with Roman numerals. This one year type is seen here with AN XI as the issue year (~1803). The next issue year bore the date AN 12, using Arabic numbers rather than Roman numerals. Later still, in 1806, the coin date system was changed again to a familiar western system. Mintmark “A” represents the mint in Paris, and this particular piece had 226k struck. Craig reference #147 is .900 fine gold at 19.9 grams (.3734 oz. AGW). Years are counted since the establishment of the first French Republic on 22 September 1792. That day became 1 Vendemiaire of the Year 1 of the Republic. (However, the Revolutionary Calendar was not introduced until 24 November 1793.) So the dates do not easily correspond to today’s western dating system.