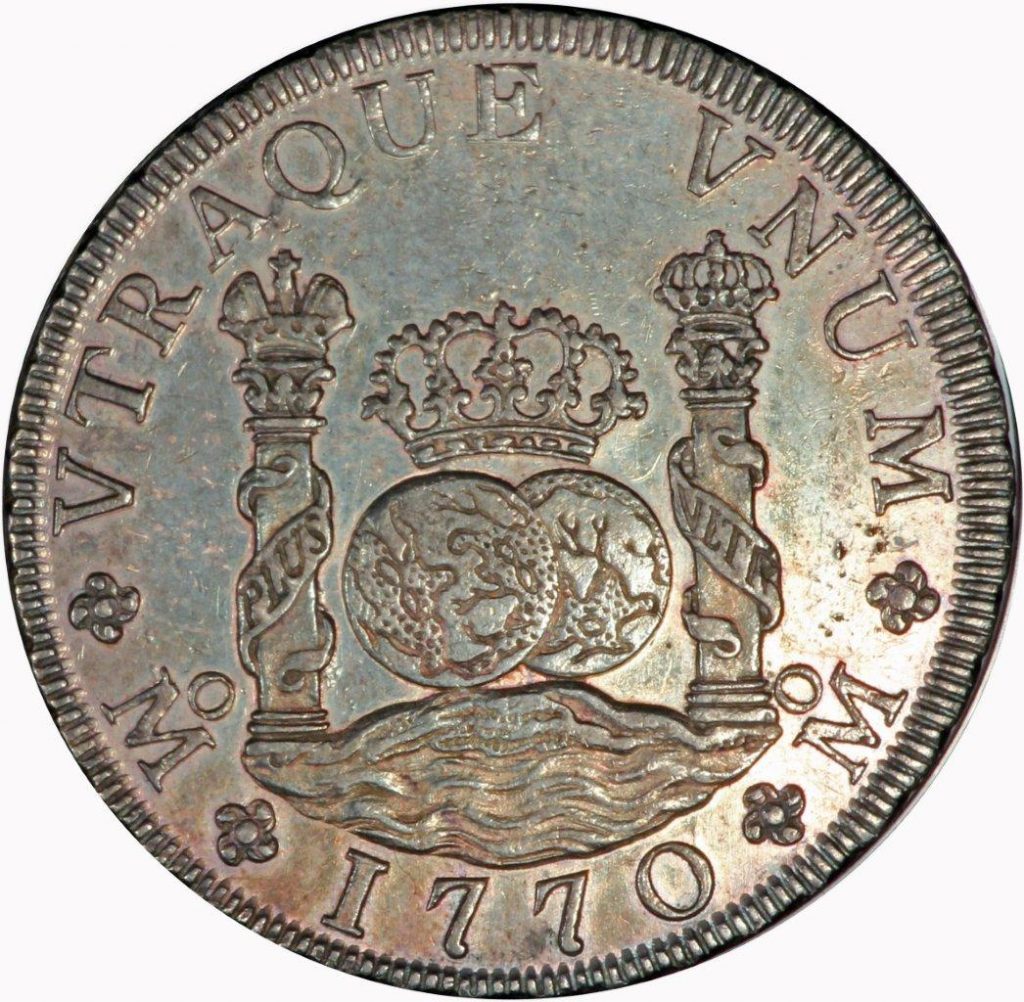 The obverse with date shows the Pillars of Hercules at the Straight of Gibraltar. On the left Pillar is “Plus”, on the right Pillar is “Vltra”, meaning “more beyond” indicating Spain’s claim to the world. This uncirculated coin has proof like appearance which could indicate it was one of a few coins first struck with new dies or intended as a presentation piece.