Home Coins of the Month May 2020 Spotlight 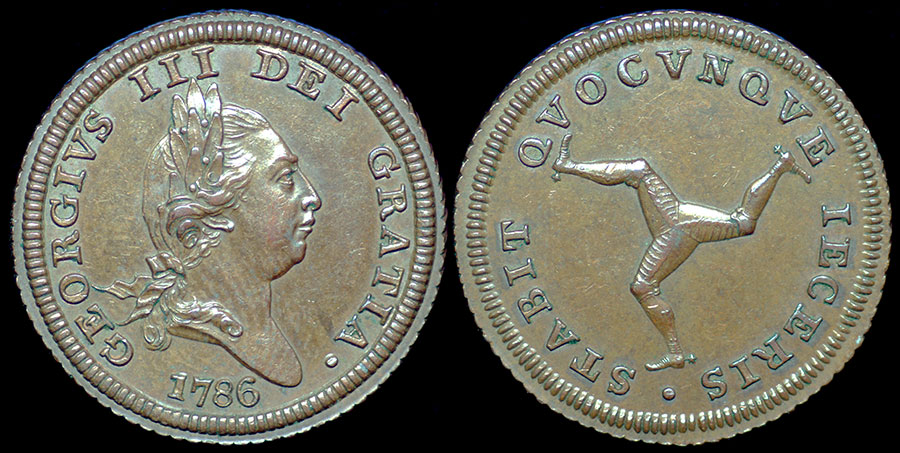 George III issue for the Isle of Man at a time when the British Mint produced few issues of copper coinage. This example has a bold strike with the engrailed edge. Plain edge types exist, as well as proofs. OB: George III facing right, GEORGIVUS III DEI GRATIA. 1786; RX: triskeles (or triune) w/legend ‘QVCOCVNQVE IECERIS STABIT’; The Motto “Quocunque Jeceris Stabit,” translates literally as “whithersoever you throw it, it will stand”; you can also find the sequence shown differently and with slightly varying translations. This motto has been associated with the Isle of Man since about 1300. It was reportedly in use before this date by the MacLeods of Lewis as ancient Lords of the Isles of Scotland which, after 1266, included the Isle of Man. The triskeles can be found on ancient Greek coins from a very early date such as this one from Pamphylia – Aspendos from around 400 B.C.E. KM# 8 Engrailed