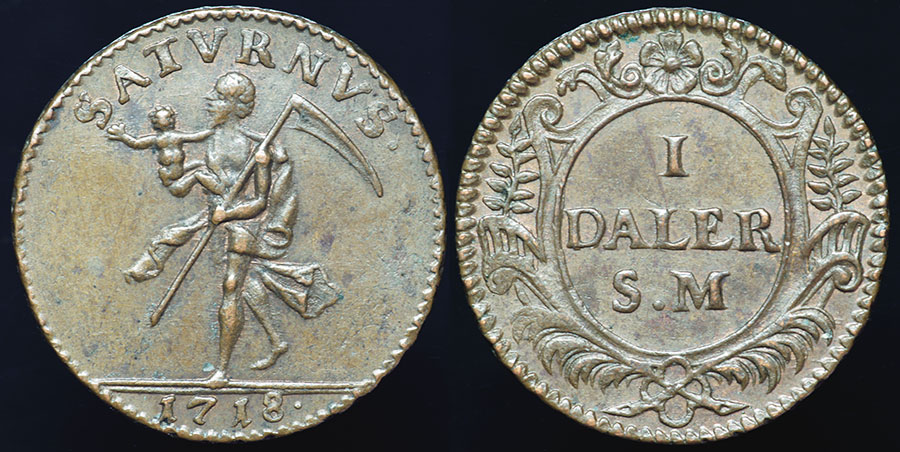 Karl XII (1682 - 1718), as he was known by the Swedes, is recognized as one of the potential conquerors of Russia, along with Napoleon and Hitler, that all came to grief in the attempt. As a young military hero Charles XII had great success initially. Along with the efforts of previous king, Gustavus Adolphus II, Sweden became a major power in Europe during the 17th century. The Great Northern War was brought to Charles by a triple alliance of Sweden's enemies trying to take advantage of the inexperienced King. The alliance was brought low by the brilliant military tactician in Charles XII. Thus, Denmark-Norway, Saxony-Poland-Lithuania, and Russia were all defeated in successive battles. Charles XII set off for Moscow but was eventually defeated at the Battle of Poltava (June 1709) where he met a Russian force twice the size of his Swedish army. Forced to surrender, Charles was exiled to the Ottoman Empire for five years. Upon his return to Sweden in 1714, Charles again began to maneuver against his neighbors by attacking Danish forces in Norway. During this period of 1715 to 1718 a series ten of copper Emergency Dalers (Goertz Dalers) were struck at the Stockholm mint. Most of these Dalers are about 23.5 mm in diameter and have a mass of 4.5 grams except for the early issues of 1715 and 1716. All ten types feature a different obverse theme, and the reverse designs also vary. This SATVRNVS type sits in the middle of six themes that were issued in 1718, most of them feature Roman deities. Here Saturn, as Father Time, is seen holding an infant and a scythe. You can see examples of all ten major types by clicking this LINK.