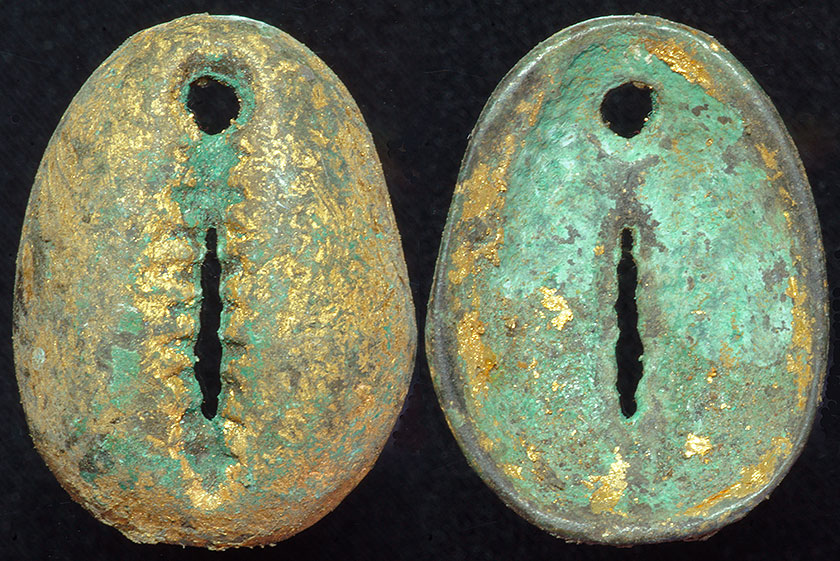 Not much numismatic information is available on Ancient Chinese coins, especially those made previous to about 700 B.C. That fact makes them all the more fascinating. Cowry shells are found mostly as grave objects but may have been used as an early form of money, or at least objects of value. There is an evolution that can be followed that preceded 700 BC by about a thousand years. Cowries, particularly of the species Cypraea Moneta and C. Annulus, were used in ancient China as objects of value in their raw form. Thereafter, they can be found with their bulbous backs filed off allowing them to be strung together. They appear to be used first in Northwestern China, a long way from where they are naturally found in the Indian Ocean. This beauty and rarity established their use as money. Eventually, perhaps because of their rarity, the natural shells were replaced by a host of imitation cowries carved of material like bone, ivory, jade. Finally, they were cast in bronze, vary rarely silver, and bronze covered in gold leaf. If you click the link above you can see the most comprehensive collection (four pages) of cowries available anywhere, from a fresh C. Moneta to all types ancient Chinese imitation cowries. The most incredible is the extremely detailed one carved from stone (p.4) and another from ivory.