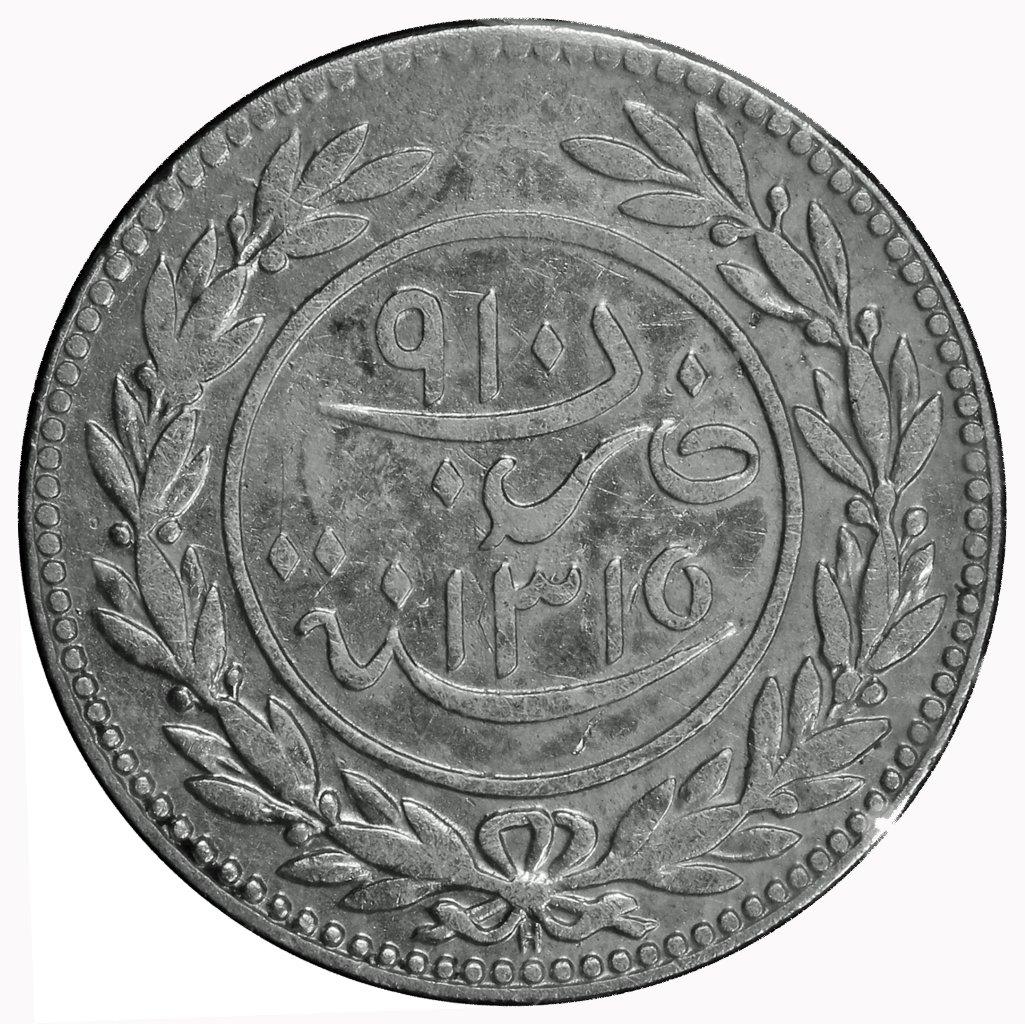 This coin is from an oasis town in the Hadhramaut Plateau, and it was minted at the Birmingham mint by the Heaton Family. It is 17mm in size, weighs 1.55 grams and is 90% silver.

At the time, Yemen was occupied by the British and the Ottomans, and this coin may have been the first attempt at nationhood. On the obverse at the top reads 910 indicating silver content and the date 1315 with the H mintmark below. The reverse reads 12 for the denomination. There are approximately 126 Chomsih to the Maria Therese Thaler which was the dominant trade coin of the era.