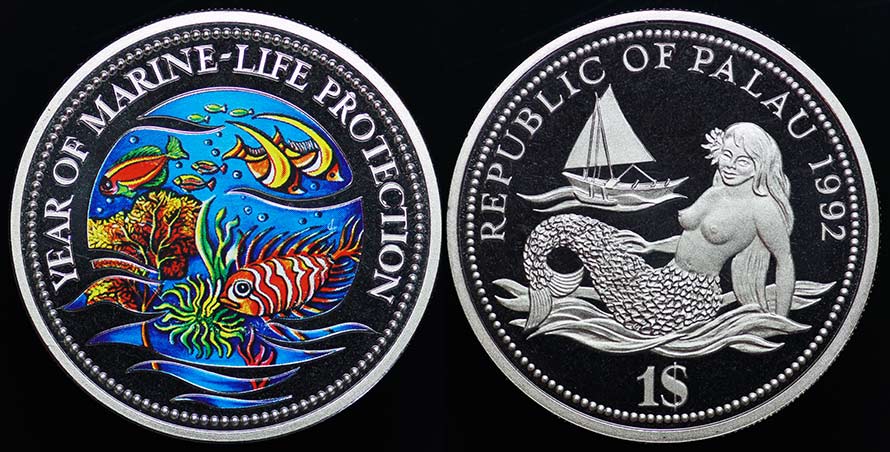 This “first of” coin is a non-circulating commemorative for the YEAR OF MARINE-LIFE PROTECTION issued by the Republic of Palau in 1992. For those decrying the advent of colorized, and other forms of kitschy NCLT, look no further than this coin photo for your latest dart board target. Of course the situation since 1992 has gotten much more creative with innovations too numerous to mention. While many of the latest designs can encourage interest by a new group of collectors by being different and inexpensive, others have miniscule mintages and can be rather expensive to collect. This issue of Palau is composed of 26.74 grams of Copper-nickel (37.35 mm) and the estimated mintage is 50k. Palau achieved full independence in October 1994, so this coin was issued as a US Trust Territory and is denominated as a US dollar. A gold Essai of the same design was also issued. The obverse of this coin features a Mermaid amidst the surf, which is a common theme among other marketed coins of Palau.